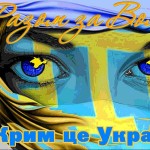 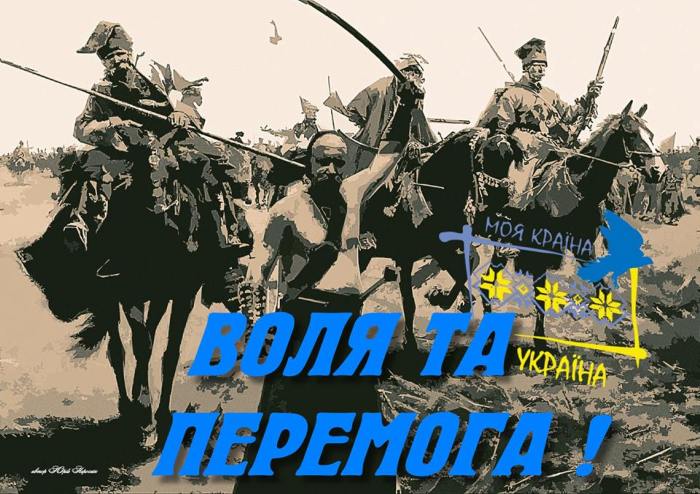 Last summer, the Canada-Ukraine archaeological expedition proceeded with its annual excavations at the town of Baturyn, Chernihiv province, Ukraine. The Kowalsky Program for the Study of Eastern Ukraine at the Canadian Institute of Ukrainian Studies (CIUS) at the University of Alberta, the Pontifical Institute of Mediaeval Studies (PIMS) at the University of Toronto, and the Ucrainica Research Institute in Toronto sponsor this project. The W. K. Lypynsky East European Research Institute in Philadelphia also awarded a generous grant for the historical and archaeological investigations of early modern Baturyn during this academic year.

Prof. Volodymyr Kravchenko, Director of CIUS, heads the Kowalsky Program. Prof. Zenon Kohut of CIUS is the academic adviser of the Baturyn project. Dr. Volodymyr Mezentsev (CIUS) and Prof. Martin Dimnik (PIMS) participate in this research and dissemination of results. Some 70 students and scholars from universities in Chernihiv, Kyiv, Sumy, and Hlukhiv, Ukraine, took part in the 2016 excavations. The expedition in Baturyn was led by archaeologist Yurii Sytyi of the Chernihiv National University.

Between 1669 and 1708, Baturyn was the capital of the Cossack state, or Hetmanate, and reached the pinnacle of its urban development under the reign of Hetman Ivan Mazepa (1687-1709). In 1708, while quelling Mazepa’s military resistance to Moscow’s absolutist rule in central Ukraine, the Russian army totally ravaged the town. Hetman Kyrylo Rozumovsky (1750-64, d. 1803) rebuilt and repopulated Baturyn and promoted its local economy, reviving the town’s commercial and cultural ties with the West.

The 2016 expedition continued to excavate the remnants of Mazepa’s manor in Honcharivka, the suburb of Baturyn. Prior to 1700, the hetman built there a richly decorated masonry palace consisting of three stories and an attic. In 1708, his principal residence was destroyed by Russian troops.

Examination of the numerous fragments of ceramic floor tiles from the Honcharivka palace found during our excavations in 2009-14 has shown that nine floor pavement designs were used in its superstructure. Floors were made of hexagonal, octagonal, square, rectangular, and triangular tiles of various sizes. Many of them were glazed flask-green and sky-blue, while others are plain terracotta.

A comparative analysis has revealed that the tiles’ shapes and adornments and the methods of flooring in the Honcharivka palace have extensive analogies with those found in early modern basilicas, abbeys, palaces, castles, university campuses, and town halls in Warsaw and Cracow, Poland, as well as Florence, Pistoia, Tuscany, and Bologna in Italy. Most likely the reconstructed floor patterns and inlays of Mazepa’s palace first appeared in northern Italy during the Renaissance and were transferred via Poland to Ukraine in 16th-17th centuries.

The hetman probably instructed his architects and decorators not only to borrow Western baroque architecture for his Baturyn residence, but also to include the fashionable floor pavements from 17th-century aristocratic palaces, villas, and mansions in the Polish-Lithuanian Commonwealth or Western Europe. Analysis of the 1744 drawing of the palace ruins suggests that its architectural design and ornamentation belonged to the style of the mature Central European baroque. At the same time, archaeological sources indicate that the palace frieze of entablature was adorned with eye-catching multicoloured glazed ceramic rosettes—a hallmark of 17th-18th-century ecclesiastical structures in Kyiv. Thus, the impressive exterior and interior embellishments of the Honcharivka palace represented a mixture of Western and Ukrainian (more precisely, Kyivan) baroque decorative techniques.

The application of nine ceramic floor patterns, many of which were finished with green and rare blue enamel, of nearly 30 types of glazed polychrome stove tiles, five kinds of faҫade rosettes, and two variants of heraldic slabs testify to the exceptionally rich and imposing adornment of Mazepa’s main residence in Baturyn. It was unrivalled among all the known houses of other hetmans, high-ranking officers, and officials of the Cossack realm. Using a computer photo collage method, archaeologists have prepared unprecedented hypothetical reconstructions of two living chambers and the grand hall of the ruined Honcharivka palace.

In 2016, in the former fortress and the southern suburb of Baturyn, archaeologists excavated remnants of 17th-18th-century timber dwellings of the Cossacks and burghers. They found there: 11 silver and copper Polish and Russian coins, three fragments of copper rings, four copper buttons, four bronze clasps and six decorative appliqués from Cossack leather belts and horse harnesses, an iron horse stirrup, four lead musket bullets, four flint pieces from flint-lock rifles, the fragment of a bronze hilt guard of a rapier, a lead seal, an iron lock and key, and a ceramic game chip of this time. Several noteworthy finds are described below.

In the southern suburb, a small 17th-century bronze neck cross was unearthed. Its arms are gradually broadened toward the ends. On the front, it bears the relief of a three-barred Orthodox cross set atop a stepped figure representing Golgotha and the symbols of the Passion of Christ on both sides in keeping with Byzantine iconographic tradition. The back side is ornamented with relief geometric and floral motifs. Traces of white enamel give us reason to assume that this cross was produced in a professional workshop and thus relatively expensive.

Several silver, billon, bronze, tin, and lead neck crosses of similar shape with an inscribed relief Orthodox cross and the Golgotha symbol were discovered in the course of our excavations of 17th-18th-century graves near the Holy Trinity Cathedral (1692) within the fortress in 2007-10. These crosses could have been manufactured in Baturyn before its destruction in 1708, or at some other centres of metal-casting in central Ukraine, and sold widely, particularly in the towns and monasteries that attracted the masses of Orthodox pilgrims.

In Baturyn’s northern outskirts, the remnants of a 17th-18th-century brick dwelling of a well-to-do person were located. It was identified as the suburban residence of Chancellor General Pylyp Orlyk, the closest associate and chargé d’affaires of Mazepa, who became hetman in exile in 1710-42.

At this site were found shards of costly ceramic stove tiles of the Mazepa period. They are adorned with fine baroque relief flower patterns and covered with multicoloured glazing. One fragment features the depictions of a cannon barrel and Cossack hand-weapons. These may represent part of a larger heraldic composition now lost. Many burnt stove tiles evidence about the conflagration of Orlyk’s residence during the sack of Baturyn in 1708. Our expedition will continue its archaeological investigation of his household next summer.

Near the extant late 17th-century masonry mansion of Judge General Vasyl Kochubei in Baturyn, the expedition  uncovered portions of brick foundations, which supported a wooden structure thirteen metres wide. Researchers believe that this was an administrative building commissioned by Rozumovsky in mid-18th century and dismantled sometime in the 19th century. While excavating its debris, were found two fragments of narrow ceramic tiles that revetted heating stoves. These tiles have no relief, but are decorated with elaborate plant motifs of dark-blue and white enamel in a baroque Dutch style.

Within the fortress, archaeologists unearthed half of a larger rectangular ceramic tile with flat facing and images in this style. In previous years, five whole tiles of the same form and size were discovered in Baturyn. All of them are glazed cobalt blue and white and bear schematic graphic representations of early modern Western European houses and towers, as well as stylized birds inside figured white frames. Two symmetrical flowers flank the frame on both sides of each tile. Perhaps these elongated tiles were applied as decorative horizontal bands between rows of larger tiles facing heating stoves.

Although no stoves have survived from the two Rozumovsky palaces in Baturyn (1752 and 1799), many of their revetment ceramic tiles of various formats have been found over the years. They are glazed predominantly cobalt and white, but occasionally brown, green, and yellow. These tiles possess highly artistic depictions of early modern Western European urban landscapes, country houses, sailboats, people, birds, and flowers, as well as plant and geometric designs, especially along the margins, all executed in late baroque Dutch style. Rozumovsky likely imported the best and most expensive tiles from Holland for finishing the heating stoves or fireplaces at his ambitious palatial residences and state administrative buildings. He could have also used some cheaper imitations of the fashionable Dutch tiles, which were manufactured in Russia from the Petrine era and locally in Baturyn since 1750.

While excavating the fortress, for the first time in Baturyn, archaeologists discovered a remarkable tiny porcelain figure of an elegantly-dressed gentlemen in late baroque or early neoclassical European clothing. Unfortunately, his head and upper part of the right hand are broken off. This statuette was fashioned in a realistic manner, but without small details. It was somewhat coarsely painted in blue, red, apple-green, gold, dark-brown, and black colours. These observations point to the mass production of such figurines for a broad market. Preliminary research indicates that it was a product of a German porcelain factory and brought to Baturyn during Rozumovsky’s time. The statuette could have stood on display in the house of a wealthy resident or served as a toy for his children. The finds of the valuable German porcelain sculpture and the Dutch-style glazed ceramic stove tiles provide insight into the Westernization and prosperity of the Baturyn elite during the second half of the 18th and early 19th centuries.

The 2016 excavations in Baturyn have yielded several rare and significant artefacts for the study of interior adornment of residences and administrative buildings as well as the culture and lifestyle of the hetmans and the Cossack elite. New archaeological data have also advanced our knowledge about local production of metal ornaments, accoutrements, arms, and the architectural majolica in the town, as well as its trade imports and artistic influences from Western Europe and Russia in the 17th-18th centuries. The Canada-Ukraine expedition will continue its annual summer field explorations in Baturyn.

Fig. 3 (cross) Front and back of the 17th-century patterned bronze neck cross discovered in the southern suburb in 2016.

Fig. 5 (figure) Broken 18th-century porcelain male statuette, or a toy, found in the Baturyn fortress in 2016.